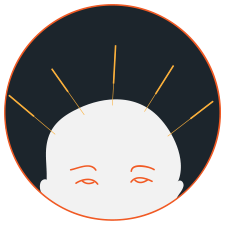 David came to us in a place of deep indecision about next steps in his professional career. David is one of the leading five-element acupuncture practitioners in the world, and has played a vital role in the growth and acceptance of acupunture in the United States during the last 30 years.

David was at a crossroads as to how to best intensify his dream for large-scale global change, and was sensing that his role as an acupunturist needed to be expanded into something larger. As a native of New Zealand, David has deep roots to the land, history, and destiny of his country and was drawn to the idea of running as an independent candidate for parliament as a way to make a big impact and help shift New Zealand into a more progressive path economically, socially, environmentally, and politically.

With no political experience, and very little name recognition the idea seemed outlandish to many, but David still wanted to pursue it. Our challenge with David was two fold:

1. Determine whether this was something that really made sense as a next step for David in his career.
2. If so, to craft a strategy, brand, story, and trajectory that would not only give him the best possible chance at success but in fact shift the terms of the debate in the country as a whole—and perhaps boost New Zealand into a new position of leadership in the world’s community of nations.

Our work with David started upstream of more traditional strategic processes. Through standing practice and emotional descent work David was able to clear away confusing factors and get to the roots of his motivation and intention to run for Parliament. Having established a strong foundation and clarified and reinforced his intentions, David was ready to address strategy, brand, story, and trajectory. The next step was to define and describe what made him unique and special as a candidate, how to organize a team around him, what messages to craft and which voters to target.

The turning point in this process proved to be when David was able to confront the deeper fears and confusions within him that had disrupted his clear seeing and undermined his ability to succeed. In confronting these he became able to unify the many strands of his expertise into one message that he could stand behind. The key here was to link his leadership skill set with a robust spirit of innovative thinking that cohered with and gently challenged the imagination of his countrymen and women. As this linking and coherence progressed, David became more and more sure of his decision to run despite the great odds.

Working with us, David was able to uncover the elements he needed in his campaign team, messaging, and strategy. As of this writing, David’s campaign is gathering momentum and is making an impact on the status-quo thinking of the career politicians he is running against.